In 2009, I moved to the UK, and more importantly, I got a brand new phone, HTC Diamond 2 for my birthday. The phone was many things, but for me it was the gateway to web development, software development, and the welcome communities at XDA-developers.

Let’s talk about me.

Prior moving to the UK, I studied in an international school. As a result, during long summer holidays, I would be left with no friends to hang around with. Everybody would fly away to their countries; I was already in my country. In 2007, I asked my parents to find me courses that would “to teach me how to make websites”. Over the next two summers, I spent up to 5 hours a day, everyday at a local Computer Training Center, UCD Micros. The centre most often taught people Excel and Word, and usually people at least twice of my age. I already knew how to use those, and I wanted to learn how to make websites. In a week, I devoured their HTML+CSS+JS course, sitting through lunch in the computer centre whist everybody else in the building would go for lunch. I decided to take on Photoshop, and once finished with that, CorelDraw, and then 3DS MAX.

Why am I writing my autobiography here? Well, this is all to give context. The reason why I wanted to learn all these skills was simple, to create things, pretty things. To be able to have an idea, and make it a reality. As soon, as I learned these skills, I applied them to anything I could; 3D model of mug that were supposed to make for the physics class; a poster about Space Elevator (with CorelDraw) for the Astronomy class; help with design of the yearbook and more.

In 2009, my parents shipped me off to the UK, next to my brothers to do A-levels. A-levels system was different, no projects, no posters, no presentations, plain old boring Q&A homework. Which left me with plenty of free time, which I spent tinkering with my HTC Diamond 2. I would flash new ROMs on weekly bases, endlessly trying out new things with a phone and tinkering around with different launchers, widgets and more. The appearance of my devices always mattered to me, I would similarly tinker with my laptop, by changing the wallpaper, login screen, icons and even the boot screen. As a result, I have amassed a large collection of wallpapers for my PC, and later on started to crop down my favourite wallpapers for my phone. I was always frustrated with the wallpapers I would find online for my phone, they were either stretched or very generic looking.

After a while, I decided to give back the XDA-developers community, and shared some of my favourite wallpapers in the forums. The feedback was overwhelming, with very enthusiastic support of the users I kept posting more sets of wallpapers. I would find 20 wallpapers I like, crop them manually, to make sure the correct area of the images are in focus, the resolution is correct and sometimes Photoshop parts of the image to clean or fill the image. At some point, I decided to make a poll, asking people if I should continue, where 880 people responded with “YES”.

Armed with my HTML skills, I build a simple page with links to file storage websites where people can download sets of wallpapers. I wish I took more screenshots back then, I spent time making it look nice (that will be a recurring theme). After researching little bit on hosting solutions I went ahead with hosting at fatcow.com, where I purchased xda-wallpapers.com, uploaded my website page and let the story continue.

I did not expect this.

By the 15th set, I had a very popular forum post. Where each of sets was racking up over 10000 downloads. The preferred file storage website was filedropper, which used to have a ranking of users with most downloads, and one day I saw my username at #1.

Buildings sets of wallpapers, manually updating the website page was a time consuming process. I wanted a fully featured wallpapers website with image previews, resolutions selections and more. I looked into Joomla!, WordPress and bunch of other scripts. I ended up choosing some gallery script, then switched to another script, followed by another script. Lack of skills did not stop me, I customized it by trial and error of replacing pieces of code and images, to make it look nice.

I started stream lining the process of selecting wallpapers, resizing and cropping the wallpapers. I would download the wallpapers in bulk from several Russian websites; they would often have the description of the wallpaper as name of the file; I would copy all the names, translate them to English via Google Translate and rename the files; crop and process the images in Photoshop in one go; finally, I would categorize the images.

When I posted my first set of wallpapers, I had not further intentions. Once I had the website up, I had running costs, which I wanted to cover. So if you ask people to donate to cover the hosting costs, someone might chip in to help out, right? Umm, no. I don’t think anyone even clicked on that button. So ads it is.

I was only 16 at this point, I had a bank account, but I could not legally have an AdSense account. It is good to have brothers. The revenue from the AdSense more or less covered the cost of the website, which was more than enough for me, I did not expect the website to make me the next Bill Gates.

XDA-wallpapers was doing great, with lots traffic coming in and great feedback. But the focus on the website, meant I spent less time on the forums. People liked the curated wallpapers sets, they didn’t want another wallpapers website. Initially, the website was fine, since it had limited amount of wallpapers, but as the range grew, the quality suffered due to the bulk processing I started using and the browsing the website takes longer than just downloading a set of wallpapers. The traffic from the forum was going down, but increasing from other sources. I started to learn about SEO practices, updating the meta descripts of the website, using SEO checks and more. 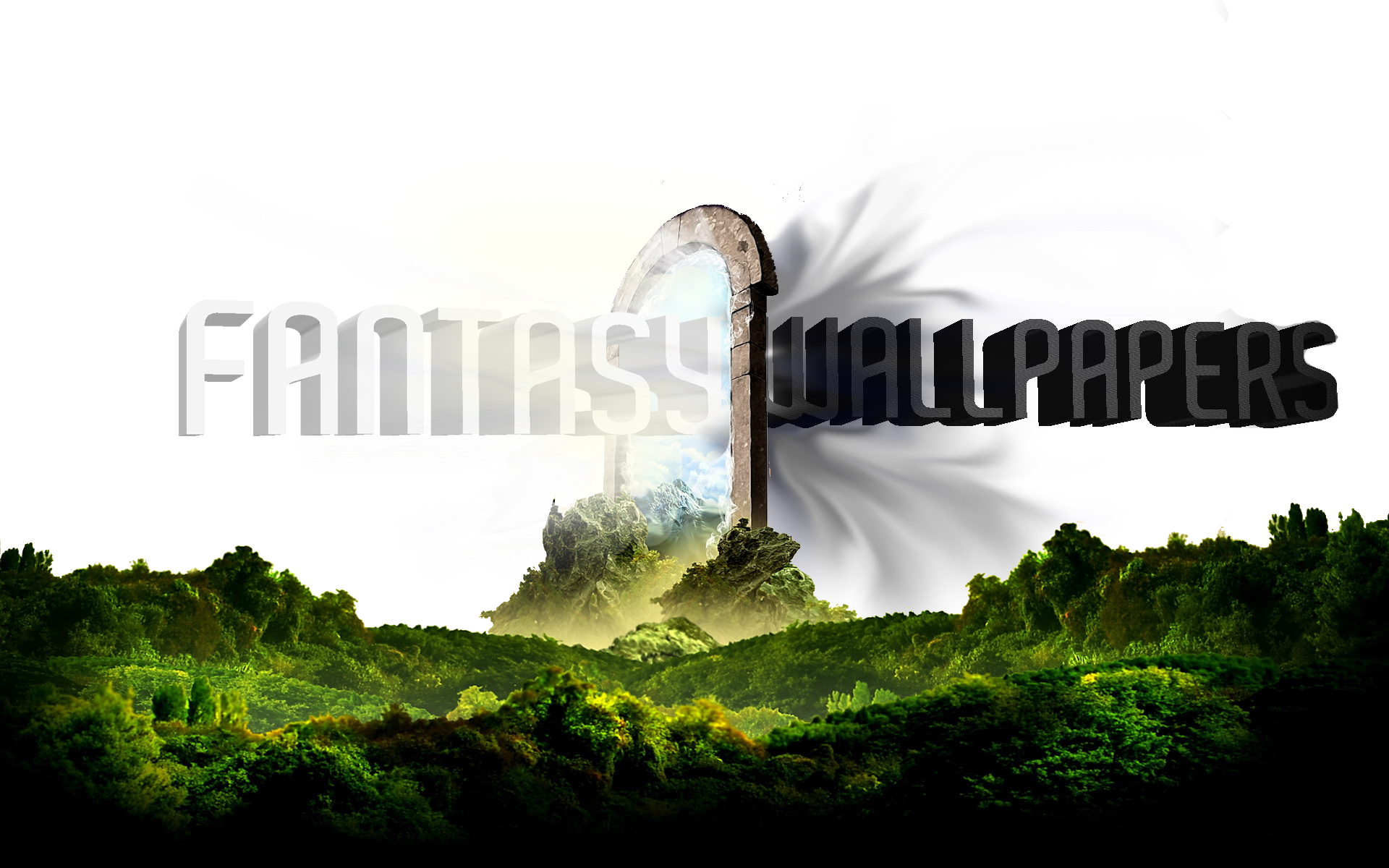 In addition to XDA-Wallpapers, I decided to create fantasy-wallpapers.com. With further niche wallpapers websites to be created, but it didn’t do too well therefore I stopped working on it after a while.

Opps… I am too popular

The image heavy website started getting heavily throttled by my shared hosting provider. The website was generating over 2000 unique visitors a day according my Google Analytics. Further researching and talking to the chat support, showed that I need to upgrade my hosting. I went ahead and purchased a Virtual Private Server (VPS), which was way more complicated to set up than my shared hosting, but with enough time I managed to transfer the website to the VPS with everything intact. In addition to the VPS, stumbled up on an article about CloudFlare, and quickly registered for their free tier CDN.

I don’t have time and I feel bad

In 2011, I started my BSc Computing for Business and Management at University of Sussex. The first year of university, I was still able to support the website to certain extent, but during the second year, I neglected the website and the traffic dwindled. At this point, the hosting was costing me more money than AdSense was bringing in, therefore I decided to bring the website down. I explored selling the website, but again lack of time, lack of understanding the process let me to abandon the idea.

After a certain period, I started receiving emails from artists, requesting for their work to be taken down from the website. I would remove the wallpaper promptly, apologize and send a link to tinyeye if they want to find websites with their work on. At one point, I received a thank you email from an artist for responding back, and a complain that most websites ignore their requests. Every such request, made me think about the ethics of the website and made a play when I decided to bring down the website.

What a great journey

Here is the thing about the XDA-Wallpapers, it was built and deployed it without knowing any programming; my JavaScript skills barely existed, and anything else was a unxplodred territory. It was built with persistence, curiosity and little bit of HTML knowledge. At the same time, so much was learned about hosting, domains, Google Analytics and AdSense, website development, deployment, FTP, Apache servers, scripting and more. I’ve made so many mistakes with the website, with large down times, bad SEO practices, which in the end became a valuable lesson on how the internet works. Interestingly, when I took down the website, I still didn’t know how the scripts behind the website worked.

Don’t let the unknown scare you, let it excite you.